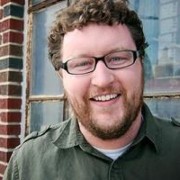 The primary principle of Safe Training and Responsible Restraints (S.T.A.R.R.) is first, to empower professionals through the utilization of relevant forms of verbal de-escalation and second, emphasizing only the minimal amount of physical intervention necessary to control the situation. DoesRead More

Researchers from Johns Hopkins University School of Medicine in Baltimore reviewed data on more than 150 shootings that occurred in acute care hospitals between 2000 and 2011. The shootings resulted in 235 dead or injured victims. What training has youRead More

Experts say the shooting deaths at a Carthage, N.C., nursing home in March 2009 should show employers that domestic violence can and often does affect the workplace. “The Carthage nursing home case is a stern wake-up call to employers thatRead More

No comments by Doug Johnston yet.